Throughout 2016 Leeds College of Art has been celebrating 170 years of art education in Leeds. In recognition of the history of the College and the achievements of our alumni, the Vernon Street Gallery in the College’s historic 1903 building has hosted a series of group exhibitions celebrating the diverse and ground breaking careers of past students and staff.

Our final exhibition of 2016 features a triptych of female contemporary artists, Georgina Starr, Liz West and Georgia Lucas-Going, who all studied at Leeds College of Art and have gone on to have highly successful careers. Working with colour, performance and sound, these three artists continue to demonstrate the reach, ambition and values of the College. 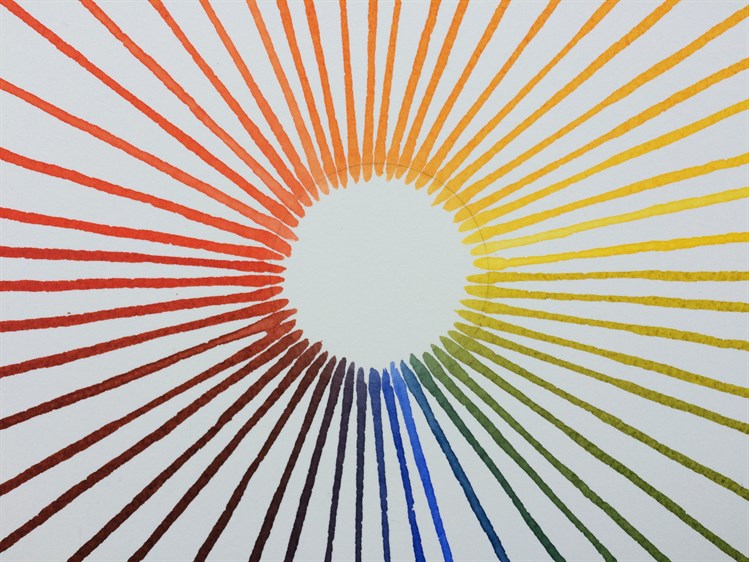 Georgina Starr studied 1986-87
Georgina Starr studied for the Foundation Diploma at Leeds College, before studying Ceramics at Middlesex Polytechnic and postgraduate in Sculpture at The Slade School of Art and the Rijksakademie van Beelende Kunst in Amsterdam. Starr is a British artist best known for her video, sound and performance works. She emerged in the early 1990s as part of the Young British Artist generation. Her works are known for their complex and fragile emotional narratives, in which she explores female identity, history, fiction and biography to create multi-layered theatrical events and installations. Starr often appears in the artwork, either as a performer or narrator.

Liz West studied 2003-04
Liz West studied for the Foundation Diploma at Leeds College, before attending Glasgow School of Art taking a BA (Hons) degree in Fine Art: Sculpture and Environmental Art. Since then she has exhibited her work both nationally and internationally. West has been recently been shortlisted for several awards including Aesthetica Art Prize (2016), Light Art Project of the Year at the Lighting Design Awards (2016) and Best Light Art Installation at the Darc Awards (2015). She has recently won a Bursary Award from the Royal British Society of Sculptors (2015) and an Arts Council England Grants for the Arts Individual Award (2016).

Georgia Lucas-Going studied 2007-10
Georgia Lucas-Going studied BA (Hons) Fine Art and returned to the College as a fellow in 2013. Georgia has worked with Basement Jaxx and as an Artists Assistant for fellow alumni Damien Hirst and Paul Fryer. In 2015 Georgia started her MFA in Fine Art at Slade School of Fine Art. She was chosen for a bursary by the Lee Alexander McQueen foundation and was chosen for the ICA New Contemporaries 2016.