Based on Read’s current doctoral research at the University of Huddersfield, this exhibition is a tribute to the memory of the eleven Pendle witches who were executed in 1612 as part of a ‘witch-craze’ that swept across Europe for 300 years.

It is estimated that between 40,000 – 60,000 people were burnt as witches in this time and 85% of them were women. This has been described as one of the greatest gender based persecutions in history.

The Pendle ‘witches’ had to journey 51 miles from their place of interrogation to Lancaster Castle where they were tried and subsequently executed and burnt. By using the technology of laser cutting to produce a contemporary interpretation of this cruelty and prejudice, the Pendle witches are memorialised as unfortunate victims of the patriarchal religious fervour and the complex social culture of the time. 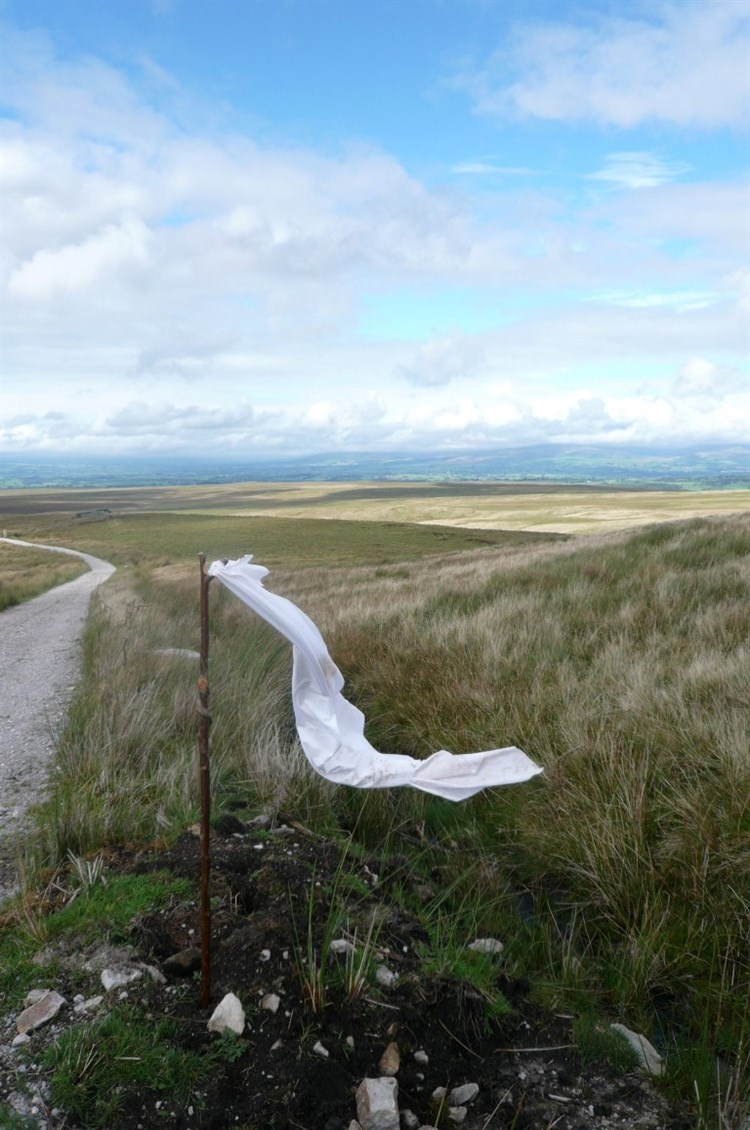 Image: Ailsa Read, The Walk from Barrowford to the Gallows at Lancaster, July 2016. Photography. Image courtesy of the artist.