Nick Pearson - I'm Not Being Funny But

We are surrounded by objects, few of which are vital to our existence. 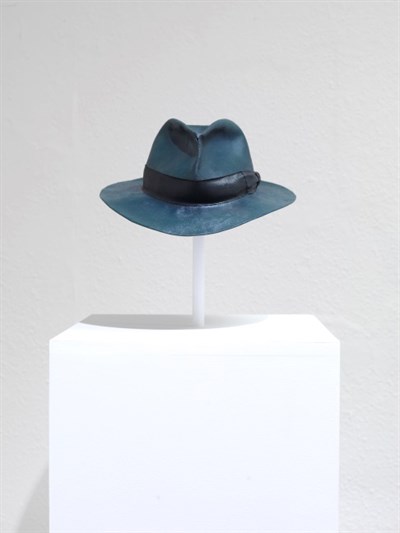 Our ancestors revered the scant objects they used for survival, talisman, or badge of identity. Even up to the less superstitious present, we have retained, or redirected that ancient reverence for objects. Through them we identify ourselves as civilized, even modern. Art and technology are important expressions of this identity; but so too are the low-cost, mass-produced items of utility and consumer culture. Nick Pearson is particularly interested in these ‘lower’ cultural forms and uses such things as postcards, a plastic bin-lid, a broken chair, or cardboard packaging and the ‘discarded’ as both material and a starting-point for his work.

These objects have a direct relationship to our bodies, our lived lives or our memories. Found in the street, in skips or junk shops, they are reclaimed, reworked and re-designated through his intervention, emerging with a different identity.

Making drawings in the course of his explorations, burrowing into meanings and recreating surfaces, Pearson finds new or amplified associations whilst addressing and enjoying the relationship that exists between art and the world of everyday objects.

Nick Pearson was born in Leeds and studied at Leeds College of Art in 1978 before moving to London where he now lives.