Do the men and women behind Burning Candy make street art or graffiti?

It probably doesn’t matter what box one might try to put them in; what matters is that this crew gets up indoors and outdoors, and that they have, in a few short years, transformed the international landscapes from London, Bristol, Barcelona, Turin, New York and Miami to name a few, with everything from tags and pieces to posters and massive commissioned murals. 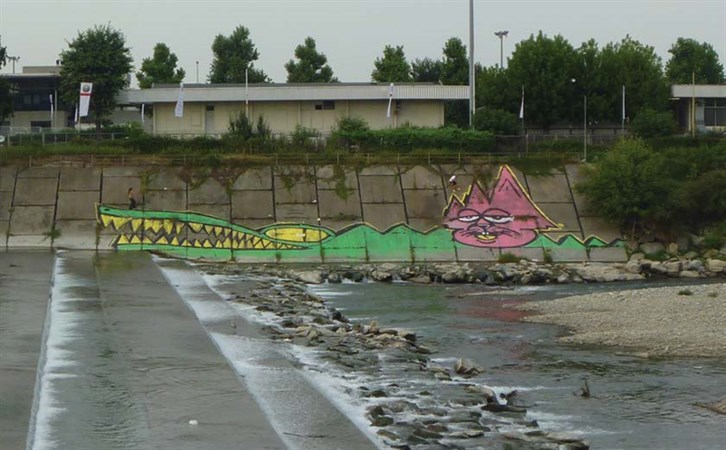 The members of Burning Candy, even the older ones, belong to a new generation of writers, a generation that values lettering as much as characters. They admire the great writers, like Blade, as much as the old masters of the fine arts, like Michelangelo. They also recognise that graffiti is advertising, and so they use logos in their work.

Not only do the members of Burning Candy get up, but their logos also strengthen the recognition of their names inside and outside of the graffiti community. It seems as if almost everyone in London and Bristol knows Burning Candy even if they don’t know they know.

Curated by James Jessop, Burning Candy 2014 is the first in a series of bi-annual curated shows at Leeds College of Art utilising the studio spaces in Vernon Street.

A catalogue will be available.

Join us at the opening night on Fri 27 June for a talk by James Jessop, drinks, music and more.