The BA (Hons) Creative Writing course is up and running. The first weeks have been really exciting and full of unexpected delights. 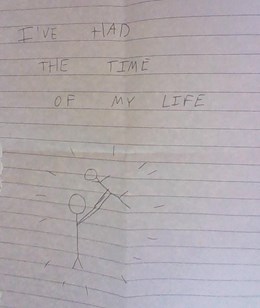 After a lively induction fortnight including visits to Yorkshire Sculpture Park and the Bronte Parsonage, term began in earnest with the first Writing Workshop, based on the five senses. After interacting with figs, juggling balls and oil paints (to name but a few stimuli) some marvellous writing emerged, which was later shaped into prose, poetry and even gave a nod towards song lyrics.

The first course team meeting elicited some lovely and very thoughtfully expressed feedback and commentary from the cohort. It even resulted in a visual response to the question 'How are you finding the course so far?' Now that’s creative writing!