BA (Hons) Illustration student Sofia Johnston is about to graduate but she already has her artwork on the walls of Leeds’ Franco Manca and has worked with her hero, animator Julian Glander.

Sofia tells us how the benefits of taking on industry briefs alongside her studies helped build her confidence to embark on a freelance career. I realised my interest in working as a freelance illustrator quite early on in my degree, however I was initially unsure about taking on commissions outside of my studies, I wasn’t yet confident in my ability to juggle workloads and meet multiple deadlines, so I often shied away from external opportunities. To anyone studying that is feeling this way my advice would be to use your holidays and summer breaks, during term-time things can be pretty hectic and you can be so invested in a module that external briefs would feel like too much! But once that hand in is out of the way, taking on work outside of your degree is a great way to keep that creative ball rolling and give you a taste of working freelance.

It was in my second year that I began to take on external work, starting small in the Christmas break working on a gig poster for a friend and some album artwork later in the term. However it was at the end of my second year that I got my first commission with a bigger client. Ahead of their new restaurant opening in Leeds city centre, pizza chain Franco Manca, set the University’s BA (Hons) Illustration students a competition brief to produce illustrations about the quality ingredients that go into making their food. I was chosen alongside two other students with our work framed and hung on the walls in the new restaurant. I turned Franco Manca’s ingredients into characters and they really liked my playful approach and the personalities I gave to each of the ingredients. The project was really fun to work on as the client gave us a lot of creative freedom, and the experience showed me that there were clients out there who like the tone of voice and style of my work. This really helped me build up more confidence in my practice going forwards. 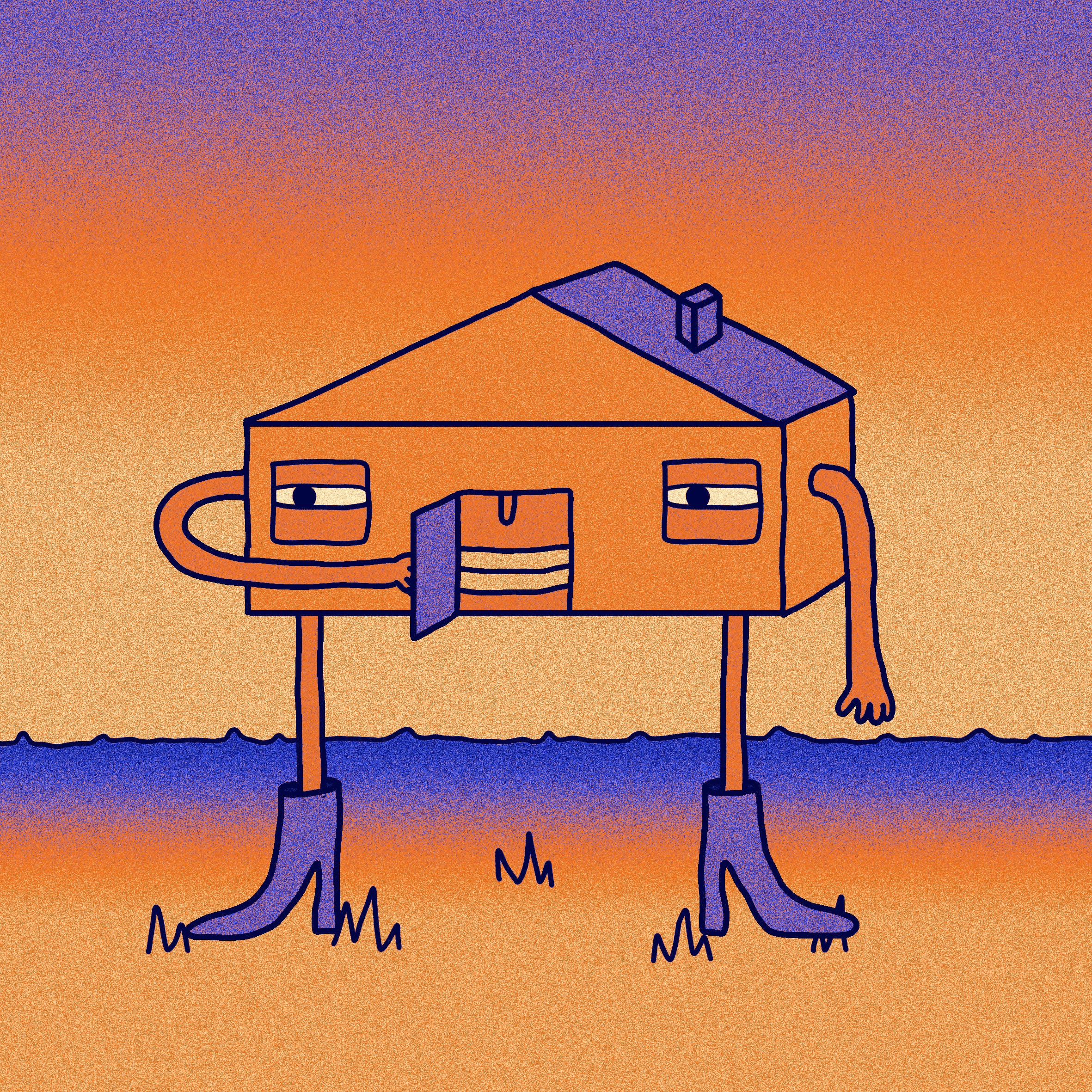 Image: Created by Sofia Johnston in collaboration with Julian Glander for It's Nice That, 2019

A few months later I landed another very exciting opportunity through It’s Nice That x Dropbox’s ‘Call for Collaboration’, a project “connecting creatives from across the world to collaborate on fun, fully commissioned projects”. In August 2019 this was to work with 3D artist Julian Glander on a set of emojis. I had been a big fan of Julian’s work throughout my degree. His bizarre animations were very inspiring to me as a young illustrator/animator. I knew there would be a lot of applicants given the large following of both It’s Nice That and Julian Glander, so I made sure my Instagram had my best character work on display.

I was so surprised and excited when I later received an email telling me I had been chosen by Julian to work with him. This was an amazing opportunity for me to work with a great client and collaborate with one of my creative heroes. Again this brief involved plenty of creative freedom and it was a lot of fun coming up with the concepts and designs for the emojis with Julian over Dropbox Paper. The project resulted in a feature on It’s Nice That website and a sticker pack of the emojis, which was given out at It's Nice That's Nicer Tuesdays event in September. It was a thoroughly enjoyable experience, which further showed me the value in applying for the opportunities and competitions that I come by.

Taking on these briefs gave me valuable experience and more confidence before starting my final year of study, and future career as a freelance illustrator/animator. I felt much more sure of myself and the direction my practice was headed throughout my final year, which was really helpful since the majority of the work was self directed. Now, having finished my final year, I embark on life as a freelancer with a few good clients under my belt, knowing my strengths as an artist much better, and no longer afraid to chase those opportunities!

Sofia's work is featured in the Leeds Arts University Show 2020 from 1 July.