Behind the scenes of our student magazine

Find out about our student magazine, NEST, designed and created by our Students' Union Editorial Officers Oliver Meeke and Dan Pipe.

NEST is the student magazine of Leeds Arts University, made possible by Leeds Arts Union. It provides a platform to celebrate and promote students and their work both online and in print.

The magazine has gone through many stages in its fourteen issue history. It began in 2012 before being rebranded in 2014, which gave it a new look and introduced themed issues. 2018 even saw a limited riso-printed edition.

NEST is run by the Editorial Officers of the Students' Union. When the annual Students' Union elections opened at the end of our second year, we jumped at the chance to get involved. After an exciting campaign period where students vote for their new union officers, we were delighted to be announced as new editors. 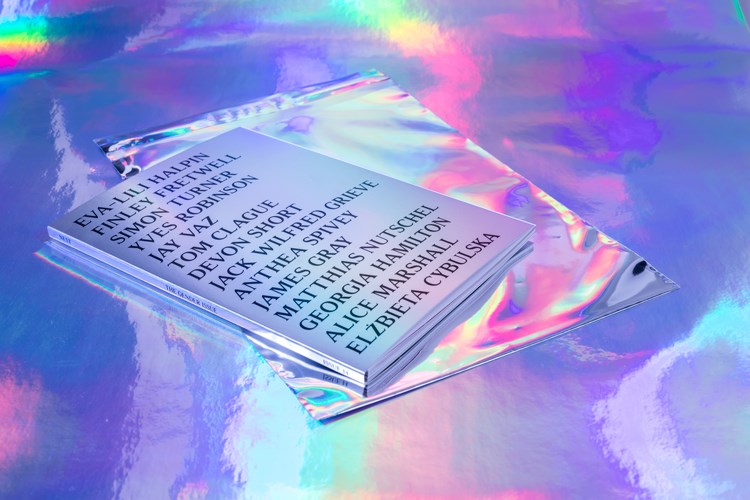 We became really close friends on the graphic design course, and although we hadn’t worked together much before, we always got gassed when discussing our favourite magazines and pieces of design. Although this bound us together, our individual skillsets and interests are quite varied. This gave us different perspectives and sources of inspiration, allowing us to constantly bounce ideas off each other. This was super helpful in the ideation process as we discussed what to do for our first issue.

We wanted it to be relevant and use the platform for positive impact. Now seemed the ideal time to involve NEST in the ongoing cultural conversation about gender. We believe that this discussion is an integral part in developing a fair and equal society – and a society like that is beneficial to everyone, regardless of gender.

During the design process, having the two of us brought more to the table when considering composition, consistency and diversity. Dan likes to work in the evenings, whereas Ollie likes to work more in the day, so at times we had a 24-hour production line! Regular chats and discussions allowed for an honest and transparent environment, which resulted in an outcome we are proud of.

We also wanted to make NEST more substantial. We interviewed many of those featured to provide an in–depth insight into their practice. This culminated in the biggest issue of NEST to date — doubling in size! 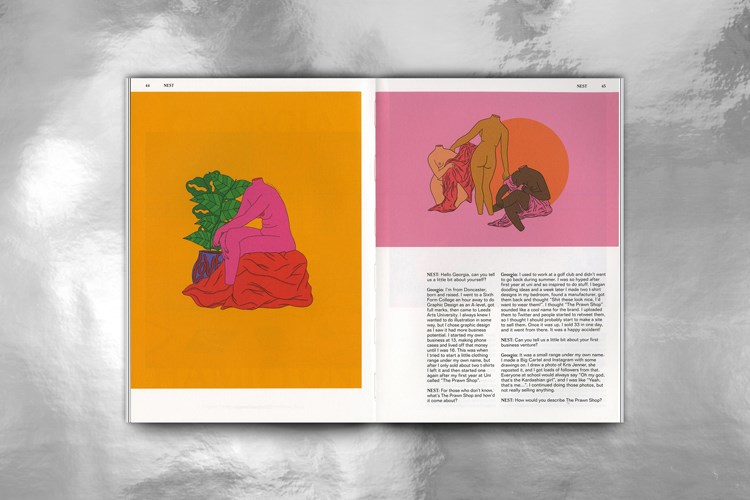 On top of this, providing a tangible experience to the user was important to us from the start. With the support of G.F Smith we were able to print NEST on high quality stocks, including a reflective cover. The idea behind this was to allow the reader to have the opportunity to reflect on themselves both metaphorically and physically.

The use of a coptic stitch binding meant pages were able to open fully. This was important as it stopped images being lost in the spine. We chose to expose the coptic spine to further the tangibility, and to represent the opening of discussion about gender. Evolution Print brought it all together with a fantastic print job.

The launch was held at Hyde Park Book Club, where we curated an exhibition with live music and plenty of copies of the magazine. There was an unbelievable turn out and the first batch of magazines were snapped up on the night. This felt like a great send off for the magazine! We then went onto distribute NEST around Leeds, and even sent copies as far as New York and Sydney. We were also featured on It’s Nice That which was a great surprise! You can read the article here.

We’ve both thoroughly enjoyed the process and the opportunities that NEST has provided. Now, we can’t wait to get cracking on the next one! We’ve got lots of ideas under wraps so keep your eyes peeled…