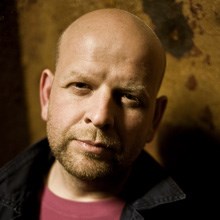 Dr Nick Katuszonek is a drummer, educator and creative producer, and Band Performance Tutor on the BMus (Hons) Popular Music Performance. He has a BA (Hons), MMus and PhD in Jazz studies and he also has PGCert PAE from Manchester’s Royal Northern College of Music.

Nick has over 20 years experience of performing professionally throughout the UK and Europe. He is a regular collaborator with a number of musicians operating on the cutting edge of contemporary music, including Matt Bourne (Metropolis), Christophe de Bezanec (Trio-VD), Didrik Ingvaldsen (Pocket Corner) and Petter Frost Fadnes (Geordie Approach – Thin Red Line), Nik Svarc (Svarc Trio) and James Mainwaring (Roller Trio – Django-Django). He is a founding member of the critically acclaimed group Metropolis, with whom he has released three albums. The Norway based ‘Ah-a project’ and the UK based ‘The Smiths Experience’ both led by Nick, have recently recorded albums and continue to perform throughout Europe.

In 2010 Nick was awarded a PhD scholarship as part of the Rhythm Changes Project. This is a HERA sponsored research project involving leading academics from nine European countries. His research is performance-based and is focused on a practical examination of the relationship between contemporary jazz, improvisation and popular music in various European settings.

Nick has over 18 years teaching experience at HE level (both undergraduate & postgraduate). His teaching specialisms include contemporary drum set performance, performance studies, advanced rhythmic concepts and experimental music. Nick has worked as a visiting lecturer at the Stavanger conservatoire, Norway, and co-produced the Arena Project, an Erasmus funded intensive project that brought together postgraduate students from three European conservatoires. Nick’s one-to-one drum students have gone on to achieve success in a variety of contemporary music settings, ranging from Pop – Mike Spearman, Everything  Everything – to contemporary jazz – Mark Holub, Led Bib.