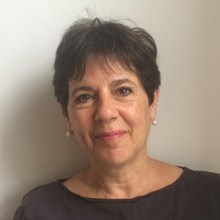 Irish artist Liadin Cooke studied at the National College of Art and Design, Dublin before moving to the UK to do her masters at Goldsmiths University. Liadin is currently a lecturer in BA (Hons) Fine Art at Leeds Arts University and has taught and lectured for many years in all levels of education including FE, HE, and post graduate studies.

Liadin’s practice is multi disciplinary with a particular emphasis on the object and materiality.

Awarded the Joanna Drew Travel Bursary for 2017 and shortlisted for the Northern Art prize in 2012 her recent solo exhibitions include New Work at RAUMX, London 2017, Nostos at noshowspace, London 2014 and Holden at Huddersfield Art Gallery and at the Artists house, Roche court, Wiltshire 2010. Other solo exhibitions also include the Yorkshire Sculpture Park 2006, Henry Moore Institute Leeds 2003, Green on Red Gallery, Dublin 1993, PS1, NYC 1990. She is also regularly included in group shows across Europe, USA, Ireland and the UK. Liadin’s work is in many public and private collections including: Dublin Corporation, Camden Council and the Henry Moore Institute. She has been the recipient of British and Irish Arts Council Grants and has previously been nominated for Becks futures, Jerwood Platform and the Arts Foundation Awards. She has most recently completed a residency at Cill Railing, Ireland 2017.