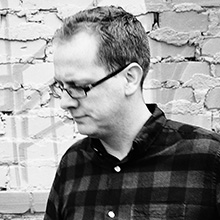 Jason Huxtable is a busy performer and educator, active across a wide range of genres and performance settings. Educated at the Birmingham Conservatoire he graduated with first class honours, an Advanced Postgraduate Diploma in Professional Performance, many of the Conservatoire's competition prizes and was also conferred honorary membership of the institution (HonRBC). Jason teaches drums/percussion, music theory and music performance at Leeds Arts University, leading modules at Level 5.

Known for his versatility, Jason has performed with a huge variety of ensembles and has appeared at many of the UK's premier festivals across pop/rock (Glastonbury Festival, Bloodstock), jazz (Cheltenham Jazz, London Jazz Festival), world music (London Mela, Indian Film Awards) and classical (BBC proms, CBSO, RSC) styles. Media appearances have been diverse from live broadcasts on the BBC to appearances on television in such far flung locations as Argentina, Serbia and Texas. Recent appearances include as concerto soloist with the Singapore Symphony Orchestra and Los Angeles Philharmonic.

Jason is a member of the Maraca2 percussion duo, an ensemble that has had significant impact on the development of the genre. Maraca2 have performed at percussion festivals and concert halls across the world including an evening concert appearance at the Percussive Arts Society International Convention in 2013. The duo direct the World Percussion Group, an ensemble dedicated to providing a platform for the next generation of drums/ percussion talent from across the globe. Maraca2 are proud to endorse Pearl Percussion, Remo drum skins, Innovative Percussion sticks and mallets, Sabian Cymbals and Marimba One marimbas.

Jason has taught at a variety of UK HE institutions since 2005 and is a Fellow of the Higher Education Academy. Internationally, he has delivered masterclasses at over fifty Universities and Conservatoires around the world. He is currently engaged in doctoral study at the University of Birmingham, researching learning cultures within UK elite arts institutions. Other research interests include musical linguistics, percussive kinaesthetics, the neoliberalisation of HE and applications of Critical Pedagogy within music curriculum.

Jason is president of the Percussive Arts Society, UK and Ireland Chapter and member of the MayDay Group, ‘an international think tank of music educators that aims to identify, critique, and change taken-for-granted patterns of professional activity, polemical approaches to
method and philosophy, and educational politics and public pressures that threaten effective practice and critical communication in music education.’